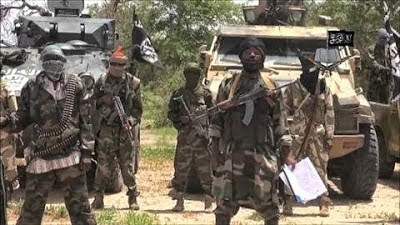 Many people are feared dead after Boko Haram members stormed Gubio community in Borno state on Saturday May 23rd, shooting sporadically and destroying houses and properties.

According to a resident, Adam Kakami, who spoke with AFP, the sect members, dressed in military fatique operated for 6 hours

“We stayed in the bush from where we could hear sounds of guns up to 3:00 am (0200 GMT) when the shooting stopped but we could see fire from all over the town. We decided not to return and moved towards Maiduguri because we were afraid they would return.” he said

Another resident, Babor Kachalla said "Boko Haram invaded our town last night and killed many of our people and burnt more than half of the town. We all fled into the bush amid volleys of bullets and rockets. We lost many people in the attack because the gunmen overpowered the soldiers guarding the town,” he said