Kashamu Extradition: NDLEA Fails to Bring Him to Court 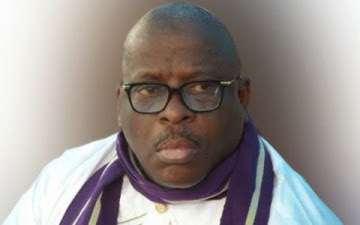 The National Drug Law Enforcement Agency on Monday failed to bring the senator-elect for Ogun-East senatorial district, Mr. Buruji Kashamu, before a Federal High Court, Lagos, for extradition hearing despite a declaration by the agency that he would be produced in court.


The agency, whose operatives had laid siege to Kashamu’s residence in Lagos since Saturday, said on Sunday that it had received a formal extradition request on Kashamu from the United States government and was coming to court to secure an extradition order on Monday.


Though Kashamu’s lawyer, Dr. Alex Izinyon (SAN), had come to court early in anticipation of the NDLEA’s declaration, the agency, however, failed to bring Kashamu to court.


Izinyon’s colleague, Mr. Ajibola Oluyede, who later came to court and appeared in chambers before Justice Ibrahim Buba with a fresh application, said the NDLEA failed to produce a warrant of arrest it claimed to have secured.


Though Oluyede moved his ex parte application in chambers and did not oblige journalists any copy of it, our correspondent gathered that it was an application to restrain the NDLEA from further laying siege to Kashamu’s house.


It was learnt that Buba, however, refused to make the order but asked Oluyede to put the respondents on notice.


Oluyede, who later addressed journalists, said Buba had ordered the Attorney General of the Federation, Mohammed Adoke (SAN), and the Chairman of the NDLEA, Ahmadu Giade, to appear in court on Tuesday to explain why they should not be jailed for contempt of court.

Oluyede, who accused Adoke and Giade of illegality, challenged them to produce the US extradition request for Kashamu.


He said Kashamu and himself were ready on Monday and had waited in vain till 12pm for the NDLEA to produce the warrant of arrest and bring it to court, following which he had to come to court himself with a fresh application.


There was no indication that NDLEA had filed any application before the court and the NDLEA’s case against Kashamu was not listed for hearing on Monday before any judge.


But the agency’s Head of Public Affairs, Mitchell Ofoyeju, in a statement on Monday afternoon, said the agency could not bring Kashamu to court because he failed to turn himself over to the operatives in his house.


Ofoyeju said, “Senator-elect Buruji Kashamu has failed to appear in court from his house where he is being closely monitored by the operatives of the National Drug Law Enforcement Agency.


“The agency is working hard to ensure that he submits himself to the due process of the law. His house remained cordoned off by anti-narcotic officers pending his appearance in court.”


But Oluyede claimed that an operative of the NDLEA came to the court registry late Monday afternoon to secure a provisional warrant of arrest.


The lawyer alleged that the embattled senator-elect’s enemies planned to abduct and forcibly take him to the US.


Oluyede said he was told by the leader of the NDLEA operatives manning Kashamu’s house that they were acting under the instruction of Giade, whom he said was only given an oral instruction by Adoke to arrest Kashamu.

The lawyer, in his fresh application, is seeking an order “directing the respondents to immediately release the applicant unconditionally, within two hours of making this order, from any arrest, detention or other restraint whatsoever that the respondents might have instigated or effected upon him.”


Meanwhile, the premises of the Lagos Division of the Federal High on Oyinkan Abayomi Drive, Ikoyi, was on Monday flooded with the loyalists of Kashamu – in anticipation of his appearance in court.


The loyalists bore placards with inscriptions such as, “We want Kashamu here in Nigeria,” “Don’t steal our joy from us,” “Don’t take Kashamu away from his people.” “Kashamu is not a drug baron.” “‘US, mind your business,” “We want due process of law,” “Obj, leave Kashamu alone,” among others.


A former state secretary of the Peoples Democratic Party in Ogun State, who spoke on behalf of the peaceful protesters in court, Yemi Akinwonmi, described the move to extradite Kashamu as “a reckless display of power.”


Akinwonmi, who challenged the NDLEA to present the extradition request it claimed to have received from the US, insisted that the extradition plot against Kashamu was purely political, adding also that the NDLEA had not secured any warrant to arrest Kashamu.
-Punchnews
at Monday, May 25, 2015