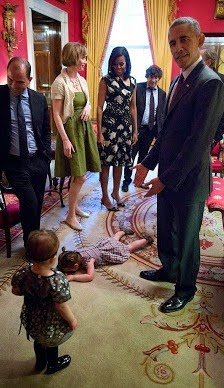 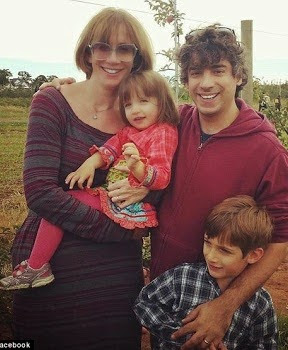 Family of the toddler who was pictured throwing a tantrum in front of President Barack Obama say she is usually a ‘very nice girl’. When she threw that tantrum all President Obama could do was watch in helplessness.

However, Claudia’s uncle, New York Times writer Benjamin Moser, said that his niece was left overwhelmed by the amount of people at the reception before the Passover Seder.
‘She’s a very nice girl and not a brat or anything. She was just having a moment,’ he said.
He added that Claudia and her 6 year old brother Leo ‘grew up going to the White House’, because their father, Arun Chaudhary, was a videographer on Obama’s 2008 presidential campaign and later became part of the president’s administration.
at Sunday, May 24, 2015