8 Reasons why a woman needs to submit to her Man 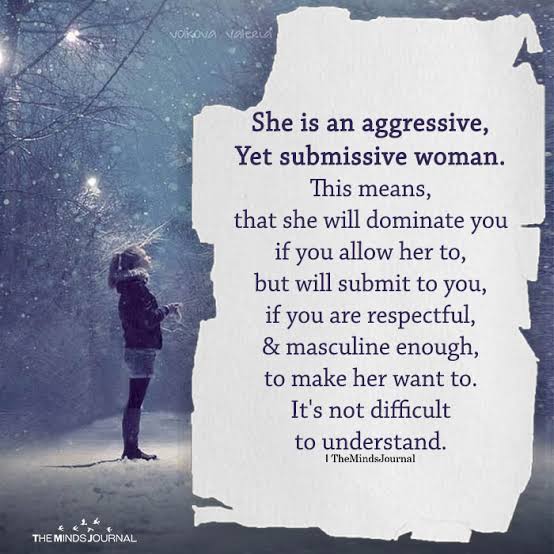 I know that, due to my previous post some would ask why I focus more on the female folks. Truth be told, women are special, that is why they are being tagged most especially as, wonderful and fearfully made creatures. Below I have listed from my personal note, 8 Reasons Why a Woman Needs to Submit to her Man.

In conclusion, "SUBMISSION" Is one hard and rigorous task a woman undergoes. But, one underlying and trustworthy Medicine I have discovered so far in making a woman submit to you (her man) is obviously "LOVE" because love conquers all things.