Ladies! You have more than Enough to Offer 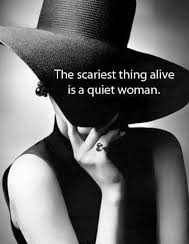 Why do most men feel women don't have much to offer? Why do most men feel they are doing women a favour Relationship, Marital and friendship wise? Where are our conceptions and ideas of equality? I am not trying to make the atmosphere intense, as regards women fighting or bullying men so that their voice will be heard. No way! The truth is very bitter but it must be told. I am tired of meeting some myopic men that presume women are invaluable and not worthy to drink from the king's (a man) table. 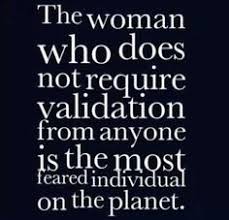 I met this particular guy, who carries this bewildering thought that he can get any woman of his choice. Meaning, no woman can turn his proposal down. Reason being that he's all perfect, ever knowing, too kind, homely(husband-material as they call it), have no flaws, a people's person, and every woman's greatest desire in a husband. That's uncalled for! Probably, he thinks he is doing every woman he dates or chooses to settle down with a big favour because of his self-acclaimed personality prowess, as he calls it. I know right, it's a mouth full! I'm not here to backlash anyone, just here to set things straight. It's high time someone calls a spade a spade, you know.

Lovelies! Never ever think lowly of yourself, never think or feel you have nothing to offer a man, never think or feel you are not good enough, never think or feel your strength and IQ is as low as nothingness. You are strong, brave, intelligent, a home/nation builder, the pride of womanhood, passionate, Crafty, an ever-reliable companion, every man's desire in a woman, and a lot more than you can ever think or imagine. Because they ignorantly think low of you, does not mean that's your character formation. It's their bad, they are too weak to handle the gorgeousness you possess in and out. You are far better than what or who they say or think you are. Embrace your inner prowess!
Posted by Faith Ernest Wondoket at Monday, April 20, 2020