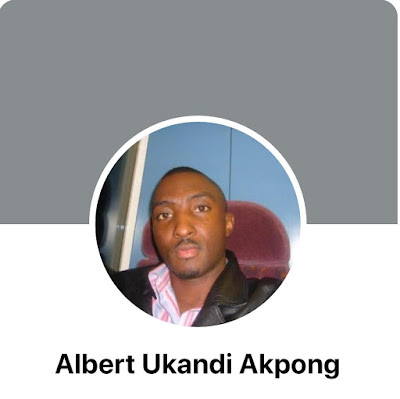 Yes, God used him. I never knew, and never had an idea that God was going to use him to be my career helper. But he offered himself and went above and beyond to kick-start my career. He doesn’t like this publicity, but my story will not be complete if I don’t show my profound appreciation to him.


On this fateful day, I went job hunting as usual after 3 years of joblessness in the city of lagos. Upon arriving at the gate of Arikair, the security guard wouldn’t let me in. Instead, I was asked to call the staff that I wanted to see, but I knew nobody. While still pretending to make a call, here comes the security staff breakfast seller. I offered to pay for one of the staff, whilst still trying to sort myself out.
After he finished eating, the security guard in appreciation decided to ask me what I wanted, I told him I wanted a job but I knew no one. He then advised me to return the next day before 9am which I did.

First lesson learnt here is to always be ready to sacrifice your personal resources, time or valuables to secure the needed upward movement when necessary. Secondly, be polite, respectful and civil to everyone you come across along your life's journey because you may need them again on your way down.

On my way back home, I had a fit with the conductor because my fare was what I used to pay for the breakfast of the gateman. Upon arriving home, I had to source for another fair to return the next day before 9am.

My prayers intensified the night before. At exactly 8am the following day, I was at Arikair gate at Ikeja. Upon arrival, the security man told me that there's a man that he will direct me to meet soon, immediately he pulls into the parking lot. But he warns, I shouldn't mention his name when he asks for my referral. I affirmed with agreement, then I formulated a lie in my head.

Lesson two, be articulate in your thought process at all times with coordination and precision. Just like Abraham who had to lie to save his wife from the wicked king, I walked up to the man in the parking lot after he parked. He asked me, who are you and how can I help you? Yes! I replied, “a certain pilot from Aero-contractor” asked me to come to you. Then he asked me what his name was. I mentioned non-existing names. He said he doesn’t think he knows him. Then he said, what can I do for you? I told him I needed a job as an air crew personnel. He asked me if I had a resume and photo, I replied, with a yes.

Friends, you need to be prepared at all times with needed resources as your unexpected godfather might just show up in your dream. Yes, in your dream.

2 days later I was called for the interview. The man in the photo called me to ensure that I was invited for the interview. I must state categorically that he was there for me until the final stage of the interview when I met him again on the panel. I spent only 2mins and I was hired into arikair. He was my God sent godfather I never thought I would have, but stumbled by divine providence.

He would never want me to express my gratitude, but he emphasized I should reciprocate it by helping others in need of a push, career-wise and otherwise. Yes, I am doing exactly what he advised.

I like you all to thank him for me for that singular kind gesture. I am eternally grateful.

Finally, not all sizes of shoe fits everybody, and not all formulas for job hunting works for all applicants. Please be dynamic at all times, no matter the challenges, study your environment, location and explore all available resources. Then locate your own career helper, I met mine. The gateman i bought the breakfast for at the security post. God bless him and all.